The NZCF is modelled on the NZDF and has been, in various forms, an activity for New Zealand’s youth since 1864, making the NZCF the oldest youth development organisation in NZ.

The first unit raised was at Otago Boys High School in 1864, making it the oldest youth service organisation in New Zealand. By 1870 there were several secondary school units in existence. Until 1902 the training followed that used in the British public schools. The Education Act of 1902 was responsible for most secondary schools forming cadet units and the Army became directly involved in the Cadets training following their Boer War participation. 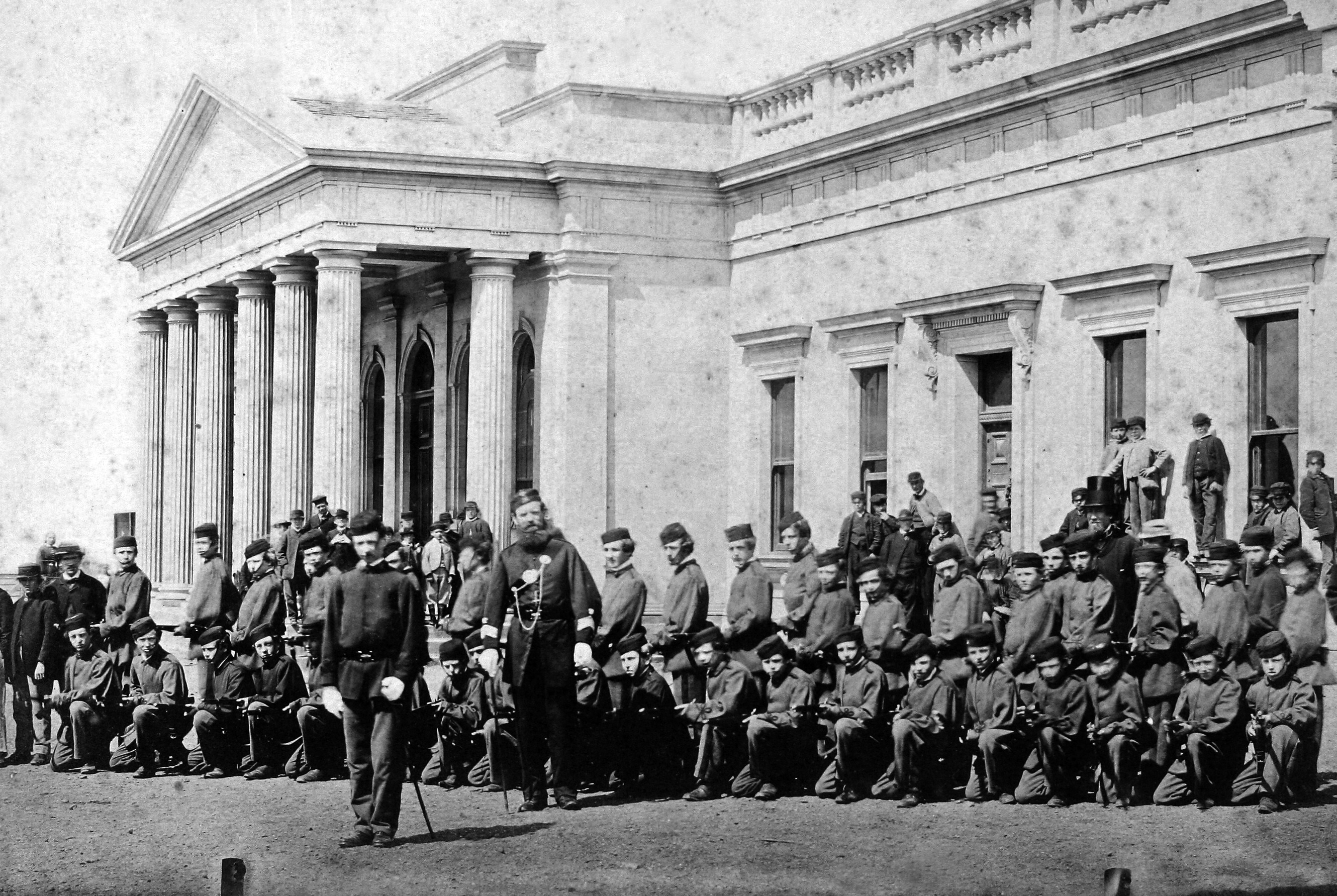 The Defence Act of 1909 created the Territorial Force, which was aimed at having a compulsory part-time force where civilians would be given basic military training. The goal was to have 27,000 Territorial 18-19yr olds, with another 38,000 cadets (Junior Cadets 12-14, and Senior Cadets 14-18yrs). The Senior Cadets were to feed into the General Training Section (18yrs-21yrs), until moving to the Reserves from 21yrs- 30yrs.

Junior Cadets lasted just a short period from 1910 -1912. Senior Cadets thrived on the other hand, and became wide spread throughout NZ High Schools and Colleges, it became widely known as School Cadets . Many ex-Cadets went on to serve in WWI and then later in WWII.

The Air Training Corps was formed in September 1941. Its purpose was to train potential recruits for the RNZAF during WWII by providing basic knowledge and training as well as to provide an insight into Air Force work to prepare young men for the Air Force when they were old enough. The ATC was part of the RNZAF (until 1972). The ATC motto is ‘We Train to Serve’. 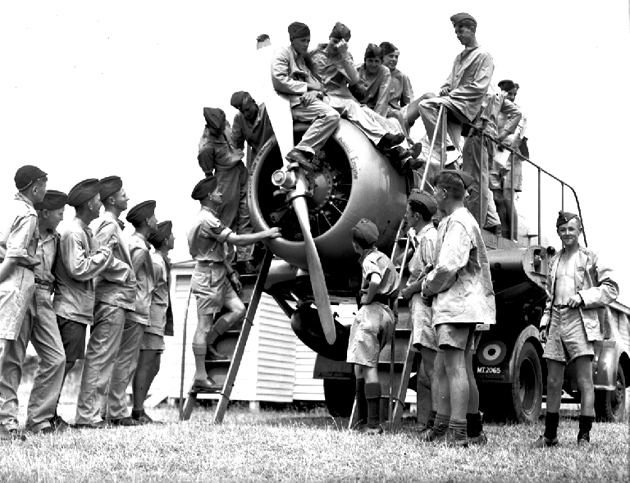 In the 1950s specialist training appropriate to their parent service was introduced for the cadet forces. By 1964 the NZCF reached peak strength, mainly in school units of 198 units, with 1,000 officers and about 54,000 cadets.

Defence Act 1971, The Formation of NZCF

The 1971 Defence Act, established the New Zealand Cadet Forces (NZCF), as a volunteer organisation, for which the Minister of Defence was responsible. The open units were required to be initiated and funded by the community and the Chief of Defence Force was authorised to “direct and supervise” the NZCF and provide military support which was initially confirmed as uniforms, training and some equipment at a cost of no greater than $400,000.

Female cadets were accepted from approximately 1978 and additional training was introduced by units, which were desired by them and the community supporters. The role of the NZCF ceased being primarily of military training and the preparation for the Armed Forces and became predominantly adventure and development motivated with a military flavour. The new thrust was to provide “good citizenship skills” to youth under the training methods used by the NZDF. 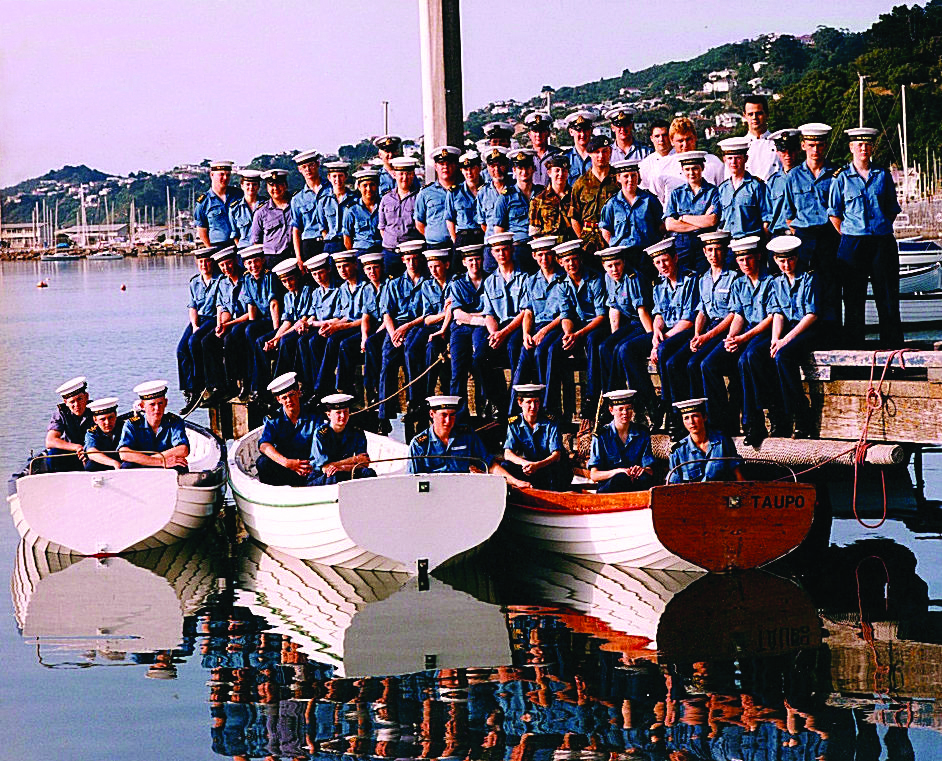 Cadet Corps open units came into being in the 1980’s, starting with the City of Porirua Cadet Corps Unit on 1st Nov 1985. These units were supported and run more like ATC and SCC units outside of the school system. The units were complete with parent support committees, and being community based, could draw support and funding from their immediate community.

2014 to Present Day, Restructuring and Rebranding

The NZCF celebrated its 150th anniversary in 2014 with an exercise held at Waiouru Military Camp, involving more than 1,200 personnel from around the country, as well as cadets from Canada and Australia. This exercise set the format for National Cadet exercises every 3 - 4 years that allow cadets to come together and enjoy a range of activities with NZDF support. 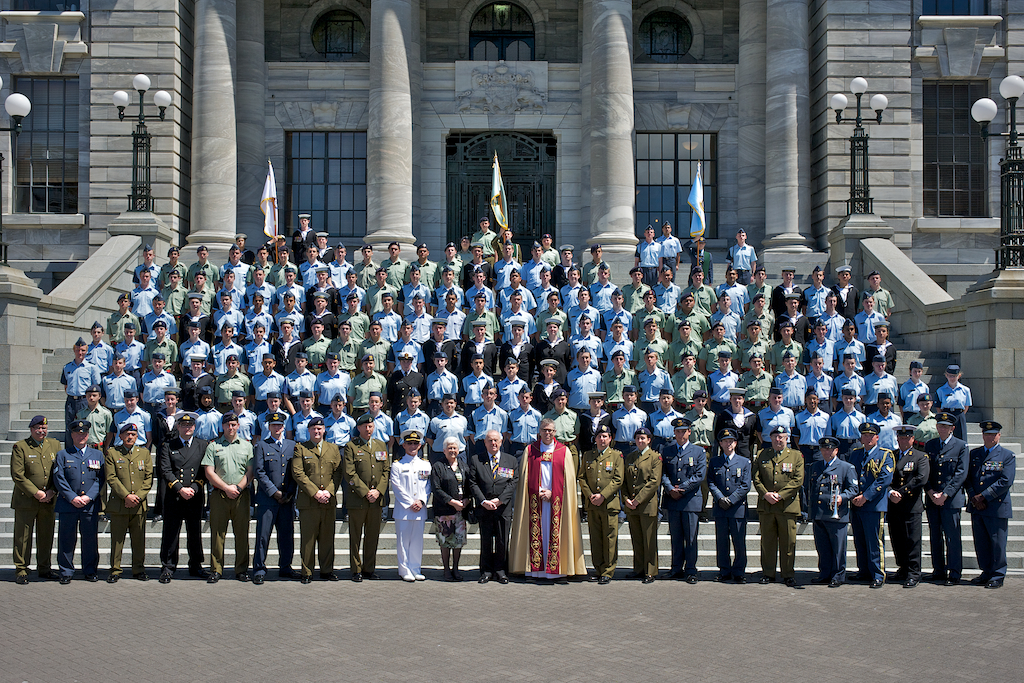 In 2014 the internal structure of the NZCF changed, with NZCF commissioned officers now taking a bigger role in the running and direction of the organisation. This change saw the appointment of the first ever senior NZCF officer at the rank of Wing Commander.

In July 2016 Cadet Forces was restructured further to:

In 2018 new branding was introduced which allowed the use of the terms Navy Cadets, Army Cadets, and Air Cadets for the members of the Sea Cadet Corps, the New Zealand Cadet Corps, and the Air Training Corps respectively. This also saw a new logo for each corps, and logo for the NZCF. The NZCF logo is an amalgamation of the three separate corps logos. These logos do not replace the official badges or each corps.

In 2020 the NZCF held Exercise Cadet 2020 where approximately 1500 Cadets and Officers attended. This exercise was based on the format set in 2014. 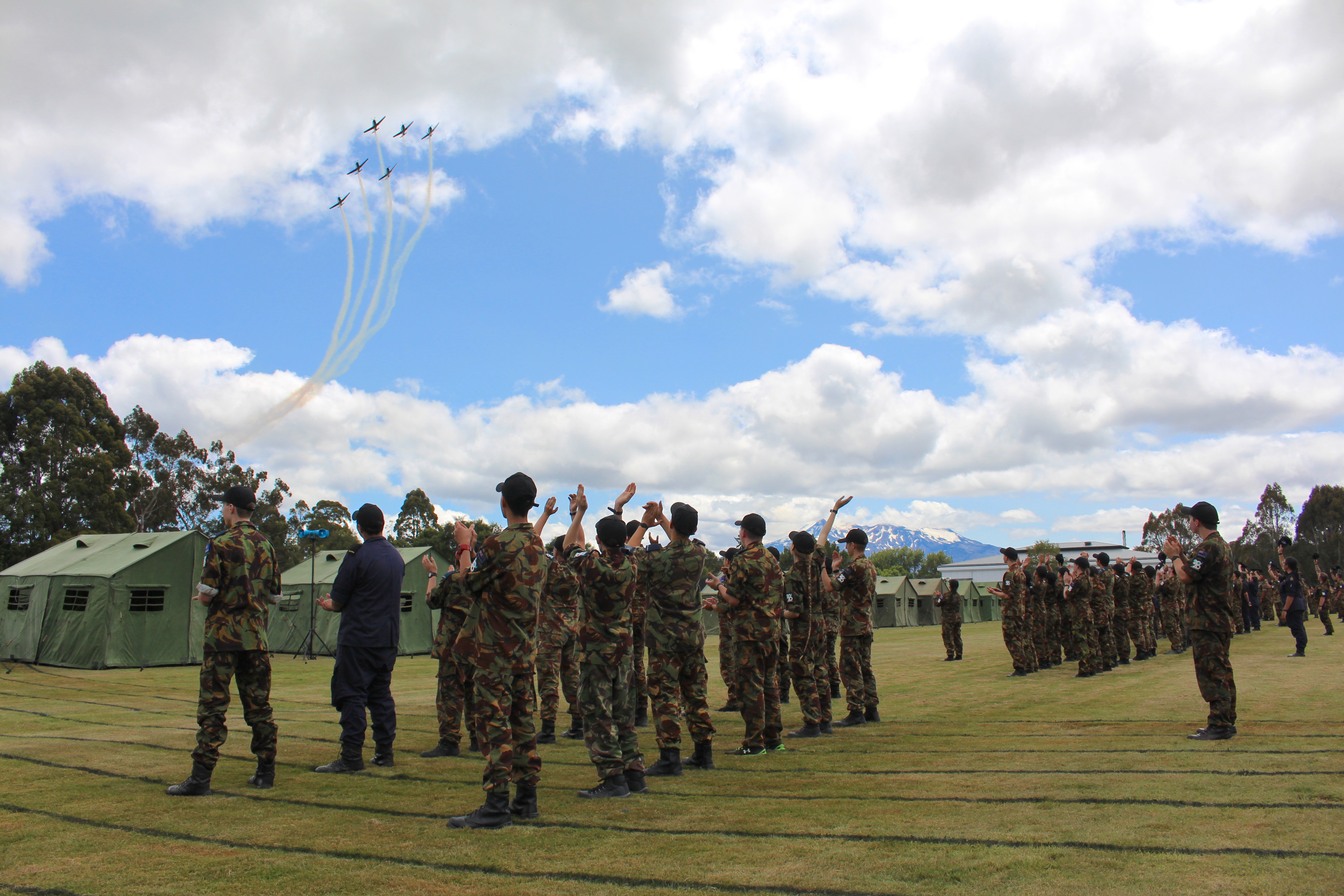