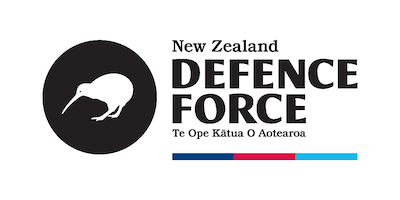 New Zealand Cadet Forces (NZCF) is run in partnership with the NZDF. The NZDF provides Regular Force personnel and NZDF civilian employees in training, development, logistics and administration roles. This partnership provides the NZCF with the opportunity to make the most of NZDF experience in education and training techniques, as well as applying the life skills that training leads to.

The NZCF is not part of the NZDF, but is maintained under the direction of the Chief of Defence Force on behalf of the Minister of Defence. The NZCF is modelled on the NZDF and has been, in various forms, an activity for New Zealand’s youth since 1864, making the NZCF the oldest youth development organisation in NZ.

The RNZRSA supports NZCF involvement in its ceremonial and commemorative activities, encourages its members to join the support committees of individual cadet units, and provides additional support and resources to the NZCF and individual units to carry out their weekly training, weekend activities and other extracurricular events. Many RNZRSA members have formally served in branches of the Cadet Forces.

The Duke of Edinburgh’s Hillary Award has been a part of NZCF since at least the 1970s and the Award itself has been in NZ since 1963. It involves undertaking a Skill, Voluntary Service, Adventurous Journey and Physical Recreation component at either Bronze, Silver or Gold level.

The Award programme is a natural fit with the NZCF. Both organisations have very similar aims and values, so it makes sense to work together. We both want to empower young people to lead lives that make a positive difference. The Award is open to anyone between the ages of 14 – 24. Young people design their own Award programmes, set their own goals and record their own progress. The only person they compete against is themselves by challenging their own beliefs about what they can achieve.

It is a privilege to work with the NZCF and assist their cadets and young officers to achieve the Award. Many of these young people fulfil elements of the Award during the course of their NZCF training, having this acknowledged with a global award lends weight to their efforts.

Partnering with the Duke of Edinburgh Hillary Award is a great way to assist cadets and young officers in challenging themselves to achieve their full potential and recognise progress and achievement of goals within the Cadet Forces programme. The partnership also directly supports and strengthens the New Zealand Cadet Forces vision of ‘preparing New Zealand’s successful leaders of tomorrow’ by providing our young people with an internationally recognised acknowledgement of their leadership development journey.

Denstock is a locally owned NZ business established in 1986 distributing Hi Tec and Magnum footwear through the NZ market. Denstock has the longest distribution relationship with Hi Tec and Magnum in the global market, which puts us in great influence on the design and development of products and ranges. Magnum was originally developed on a request from the FBI Training Centre in Viginia USA and is now largest uniform footwear brand in the world, being distributed in over 80 countries around for Law Enforcement, Military, Ambulance and Fire and Rescue professionals.