Each Corps of the New Zealand Cadet Forces (NZCF) has the opportunity to travel as part of an overseas Exchange program or Competition, or to be a local senior cadet touring with an inbound group throughout New Zealand. These exchanges link our cadets with the world, and cadets get a taste of each other’s culture, as well as getting to enjoy another great cadet experience!

The length of time away, and the criteria for each corps is different, but generally Cadets need to have completed their second year of training to be eligible to apply.

Applications are called for approximately 9 months in advance for the exchanges, so as to allow adequate time for planning and coordination between all countries involved.

Many cadets comment that travelling as part of an exchange is one of the highlights of their time with NZCF, because they meet and make friends who they speak with regularly for many years. All exchanges encourage international understanding, cooperation and goodwill among young people from different ethnic and cultural backgrounds.

For more detailed information it is recommended for the cadet to speak with their unit officers. 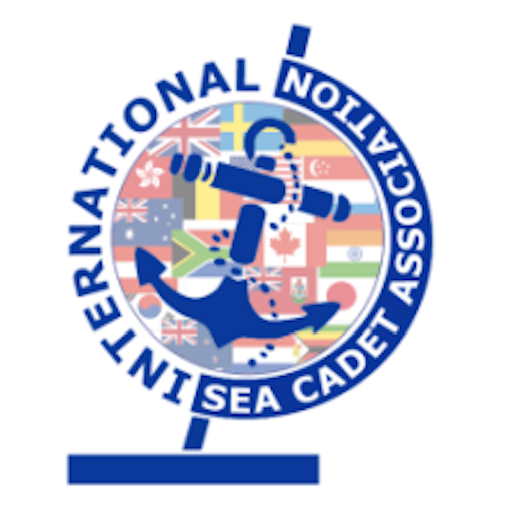 Sea Cadet exchanges are based on country invitations to one another presented at the ISCA annual conference, and the make-up can change from year to year. Currently the Navy Cadets exchange with three countries annually, usually the USA, Australia and one other member nation.

Cadets must be between the ages of 16 – 18 years at conclusion of exchange and will travel for two weeks in either June, July or August depending on the country that is being exchanged with.

Calls for applicants are sent out by November each year, for travel the following year. All Cadets applying must be able to self-fund their passports, any visa requirements and 50% of their flights and insurance. Once in their exchange country, all meals, accommodation and entertainment is paid for by the host country. On exchange cadets will wear an exchange uniform which consists of polo shirts and either casual or dress pants.

Cadets must be between the ages of 16 – 18 years at conclusion of exchange.

The exchange takes place in the North Island starting in Auckland and visits places of National significance/tourist and cultural locations. The exchange ends in Wellington where all member countries depart to their home destination.

The Army Cadet exchanges are based on country invitations to one another, and involve the Army Cadets exchanging with Australia and the United Kingdom for three different exchanges, each with uniquely different criteria.

The Army Cadet exchanges at different times of the year, and each exchange allows for 10 Cadets and 2 Officers to travel.

Generally, selection for exchange visits is for cadets who have attained the age of 16 years and have been a unit member for at least two years. Financial sponsorship is available, however cadets are required to contribute towards the costs of insurance, travel uniforms plus their own spending money and meals whilst sightseeing.

The Annual Australian Army Cadet (AAC) Adventure Training Assessment (ATA) is an individual assessment held in the Canberra region in April, and is based on an individual’s skills. The successful cadets are awarded the distinctive ATA Boomerang pin badge which they have been permitted by the New Zealand Chief of Army to wear on their uniform.

This July exchange visit is reserved for the victorious Cadet Unit Skills Team that wins the Annual NZCC National Skills Competition. The week long competition between Australian, NZ and UK cadets is held in the Melbourne region, and the New Zealand Chief of Army has consented for the cadets to wear the CACTC pin badge on their uniform shirt.

The Army Cadets accepted an invitation from the UK Cadet Forces for NZ Cadets, along with personnel from Australia and Barbados, in 2018 to participate in Ceremonies and activities commemorating the 100th Anniversary of WW1 in the UK, Belgium, and France. The outcome from this “pilot” exchange with the UK Army Cadet Forces (ACF) is the ongoing discussions of alternate year exchange visits between NZ and UK cadets.

Since 2017, the Australian Army Cadets have sent the victorious Regional Australian Team from the CACTC challenge to New Zealand in October each year to compete in the New Zealand Regional Army Skills Competition. This has reinforced the close bond and competition now established between the Cadet Forces of both countries.

The IACE Programme began in 1947 when Canada and the United Kingdom arranged a bi-lateral exchange of cadets. Today, the scheme has a membership of some 15 nations including New Zealand. The annual exchange involves several hundred participants worldwide, and all exchanges take place during three weeks in July/August.

The Air Cadets exchange annually with four countries- The United Kingdom, Canada, The United States and one floating country which is determined at the IACE annual conference held in September each year.

Cadets must be 17 years or older on the day the exchange begins.

Up to 13 cadets and escort officers are selected to represent the Air Cadets on these overseas visits. Those who are chosen act as ambassadors for New Zealand and the NZCF as a whole. Once they are met at the designated entry city, they are the guests of the host organisation which provides accommodation, food and travel during the visit.

The itineraries are designed to provide cultural and visitor experiences not generally available to ordinary tourists and may include staying at military bases and activities at those bases as well including some flying in military aircraft when available.

Cadets must be 17 years or older on the day the exchange begins.

At the same time as cadets and escort officers travel overseas, cadets and escorts from the same countries travel to New Zealand to experience what we have to offer. The inbound tour includes staying on some of our military bases and camps, and home-stays with local cadets/squadrons. The tour includes much the same as the outbound tours only with a local flavour and kiwi hospitality.

The tour either starts in the South Island and ends in the North Island or vice versa.